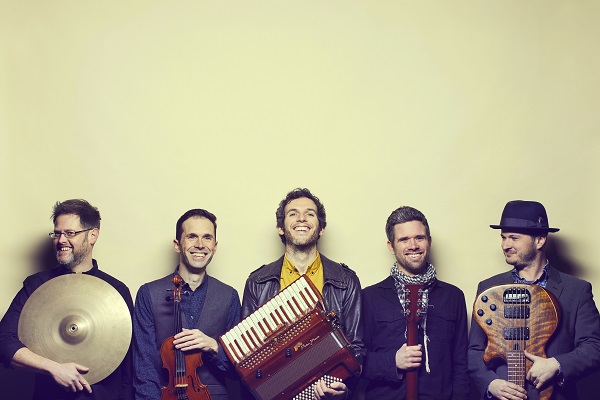 The Last Huzzah! Again! One of the few benefits of the last years events, Jamie Smith's Mabon have extended thier tour giving us another last chance to see them live!

The music of Jamie Smith’s Mabon is well described as Original, Interceltic, World Music.  Composed by frontman Jamie Smith, and brought to life by five highly accomplished musicians, it draws inspiration directly from the traditional folk music of the Celtic countries: a true exploration of forms and styles found in Celtic music and their forging into something bold and new.  Through a myriad of twists and turns, from thoughtful lyrics to joyful jigs, here is a band that can take you on an emotional journey: expect to witness the joy of creating music expressed in dynamic, virtuosic performance.

But as all good things do, they change and morph, and so it is with this happy band of mates. 2021 will see the band perform their last shows, both venue and festival, before turning to new pastures, putting on slippers, raising the pipe and following different paths. No 'musical differences' here, just a need to move on and try different things - of which i'm sure members will be only too happy to let you know about as the time comes.

Its been a remarkable 21 years, and all the more unusual because it has seen the band rise to the forefront of live music shows across the world - but without the normal backup of huge record company input, media storms and any form of musical compromise!

Enjoy the last months of this amazing band and catch them at one of the shows in 2021!