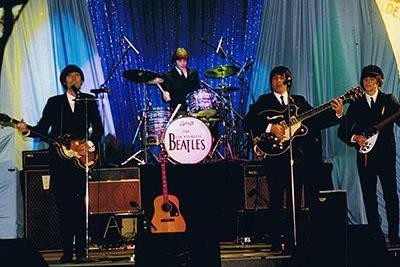 The Counterfeit Beatles have established themselves as one of the UK's most sought after international acts with two of the highest profile performances ever undertaken by any Beatles tribute band. Headlining the main stage at Japan's Fuji Rock Festival – with Coldplay, Elvis Costello, Steve Winwood, Primal Scream, Bjork- to an international crowd of 80,000.

This is the only place to keep up with the bands upcoming gigs and keep tabs on what they are up to.