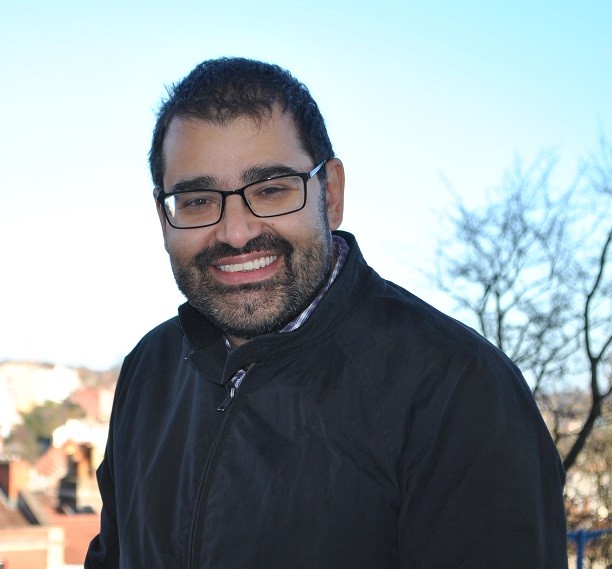 Dawn Gorman devises and runs community arts events, including the monthly reading series Words & Ears in Bradford on Avon. She works closely with other writers, artists, photographers, film-makers and musicians, and in

collaboration with sculptor Liz Watts has been poet-in-residence at

Edinburgh Fringe, and in numerous art galleries across the UK. Her collaborative film poems have been shown at festivals on four continents, and her latest pamphlet, Instead, Let Us Say (Dempsey & Windle) won the Brian Dempsey Memorial Prize 2019. A previous pamphlet, This Meeting of Tracks, was nominated in the US for the Pushcart Prize.

Tom Sastry was chosen by Carol Ann Duffy as one of the 2106 Laureate’s Choice poets. His resulting pamphlet, Complicity, was a Poetry Book Society choice and a Poetry School Book of the Year. His first full collection A Man’s House Catches Fire was published by Nine Arches Press in 2019. He also enjoys a growing reputation as a performer and a collection of his Spoken Word sets will be published by Burning Eye