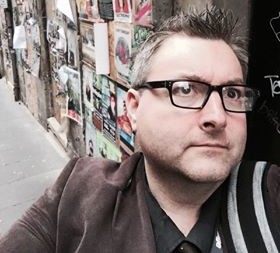 This is the other side of Robert Garnham – thoughtful and thought-provoking. The Moon Wrapped in String is a long poem written and performed in honour of his father, who died in 2018. It details the adventures of a young man and his

friends working in the Australian outback at the end of the 1960s. Sharon Hubbocks’ hauntingly poignant violin will accompany this work of remembrance and magic.

Bob Devereux is a poet and musician, and an integral part of the St Ives Arts scene, organising the annual St Ives Literature Festival. He’s been heard on Radio 2 and Radio 4, and appeared on regional and national TV. His poetry

pops up in surprising places: on handrails at the Saltash Millennium Park, etched in granite at Heartlands, Poole, and cast in iron beside a canal at Leamington Spa. His musical connections extend as far back as The Incredible String Band in 1975. Tonight he is accompanied by Ian Semple,