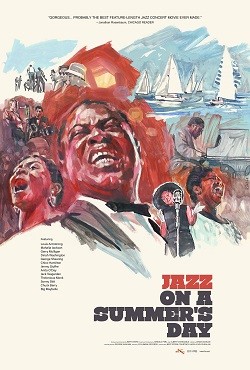 This documentary concert film captures the sounds and performances of some of the major jazz artists at the 1958 Newport Jazz Festival. Unlike earlier jazz movies that had been filmed in smoky black and white, this is shot in vibrant colour.

While musicians such as Louis Armstrong, Thelonious Monk, Anita O'Day and Mahalia Jackson perform, images of beaches, sailboats on water, dancing couples and the faces of joyful audience members are intercut into the proceedings.

The highlights of the 1958 Newport Jazz Festival.