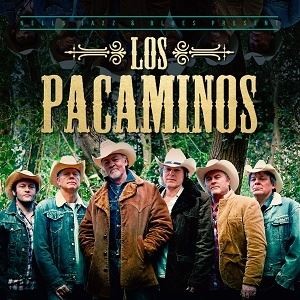 Prepare yourself for the ultimate Tex Mex party night, as the venue becomes the perfect cantina setting for a great night with the cactus sharp Stetson wearing, magnificent 7, Los Pacaminos!

With a set ranging from "Wooly Bully" and "La Bamba" to "Speedy Gonzales", be ready to join in the fun and party!

They formed in 1992 when pop star Paul Young found himself with some down-time and phoned a few musician friends with the intent of starting a Tex-Mex band. He fully expected the band would fall apart when something more important came along, but instead the band played better and the friendship got tighter with each show. They started writing their own songs and it became more and more obvious that this wasn't going to be a short-term project.

Now one of the UK's most popular live touring bands, Los Pacaminos play the very best in Tex Mex Border music, from the Texas Tornadoes and Ry Cooder to Los Lobos and even Roy Orbison. With two acclaimed studio albums and two live albums under their belts, they show no signs of stopping!

As Paul says: "Los Pacaminos started out just for fun, playing simply for the pleasure of it. It all took off from there. It's real bar room stuff: foot stompers, not too many slow songs - a real party atmosphere"