The Concert That Never Was 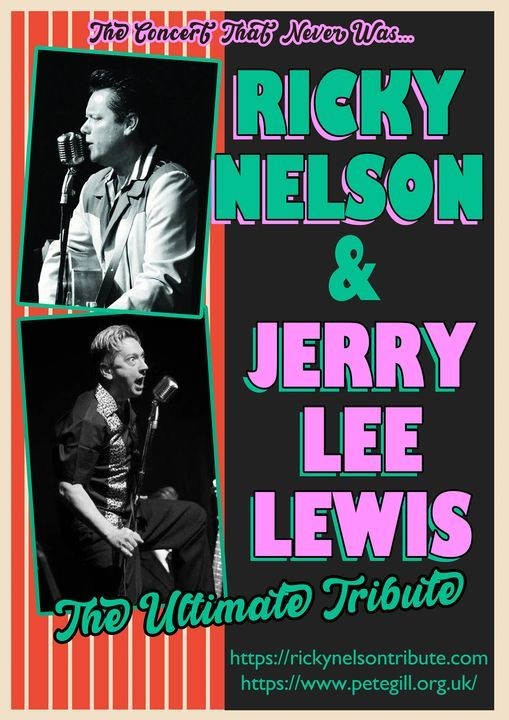 In February 1985 two of rock 'n' roll's greatest performers were due to perform at the Universal Amphitheatre in Hollywood. At the last minute Jerry Lee Lewis pulled out of the show and the concert never happened ....... until now!

Join West End performers Dave B as Ricky Nelson and Peter Gill as Jerry Lee Lewis along with their rockin' band in The Concert That Never Was! Featuring the greatest rock 'n' roll hits of the two icons including Great Balls Of Fire, Hello Mary Lou, Whole Lotta Shakin', Poor Little Fool, Wild One, Fools Rush In, Breathless, It's Late, Chantilly Lace, Travelin' Man and many, many more.

Also included in this non-stop hit show, especially for all country fans - the best of Ricky and Jerry's country hits from their respective record breaking careers.

For all rock 'n' roll and country fans this is a show not to be missed!

'The best tribute to Rick I've ever seen'

‘Every one of Pete’s versions of Jerry’s well-loved numbers was performed excellently, and a real joy to hear. Mr Gill has great talent and ability’